Twentynine Palms History-In 1855 Colonel Henry Washington (George Washington's nephew) was a desert surveyor and the first to explore Twentynine Palms and put it on record.  In the early 1850’s Colonel Washington was paid to survey many areas of the Country including Florida, Colorado and California.

(larger than the City of San Francisco)

He found Native Americans, mostly from the Chemeheuvi tribe, living in the surrounding hills and near the spring called "Mar-rah," meaning "land of little water".  The spring,  is now called the Oasis of Mara, located on the grounds of the historic 29 Palms Inn adjacent to Joshua Tree National Park Headquarters and Oasis Visitor Center. 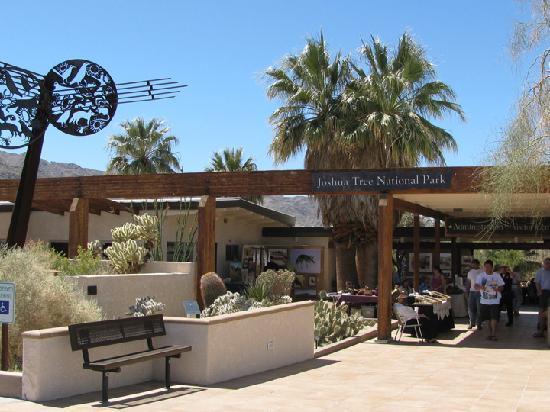 The early Native American inhabitants (Serrano, Chemheuvi, and Cahuilla) were followed in the 1870s by prospectors in search of gold. The Oasis of Mara was a favorite camping spot for prospectors who would rest and replenish their water supplies before venturing into the unknown desert. The area was known as Palms Springs. 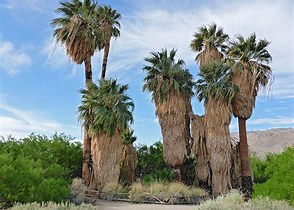 In the 1870s, local Native Americans led prospectors to locations south and east of the oasis where gold had been found. Mining began in the area that later became Gold Park. Before long freighters were hauling supplies to be used not only in the Gold Park District, but also the Dale Mining District east of Twentynine Palms, where other valuable deposits had been located. Gold mining continued sporadically for years to come, but ended about the time of the onset of World War I, when no further new ore deposit discoveries were occurring.

Gold Park (above) was located east of Utah Trail in 29 Palms, but was later moved across Utah Trail to the present location of the Twentynine Palms Inn (below). 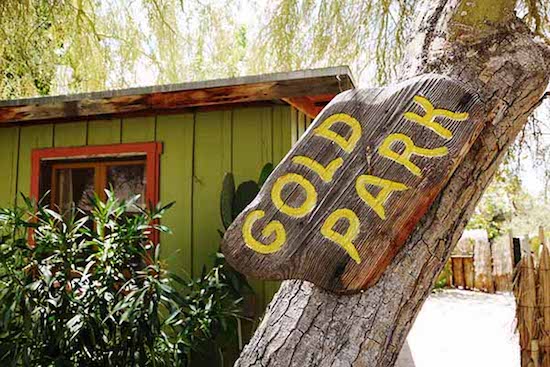 The Gold Park and Faultline wood frame cabins. were originally part of the old Gold Park Hotel, built in the 1920's and located near where the Joshua Tree National Park Visitors Center is currently located.

Developed as a desert homesteading community in the 1920s.

After the war, many veterans returned to their homes suffering from tuberculosis.  Mustard gas was one of the culprits  Dr. James B. Luckie from Pasadena, California, treated many of these men and in the 1920s began to search for an area in the California desert that would provide a beneficial environment for people afflicted with respiratory and heart ailments. After much research, he chose Twentynine Palms because of it's moderate elevation and clean dry air.  It is also accessible to large cities. Veterans and their families began homesteading the 160-acre parcels then made available to settlers by the federal government at no cost. It was this homesteading that determined the widespread area that is Twentynine Palms today. 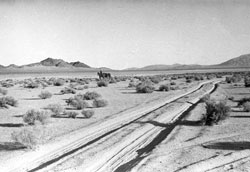 City of Twentynine Palms was incorporated on November 23, 1987. Crude two-rut roads were built beginning in 1927, and the burgeoning new community established its own school. Twentynine Palms has a short but rugged history. Many of the same ideals and values exist here today. 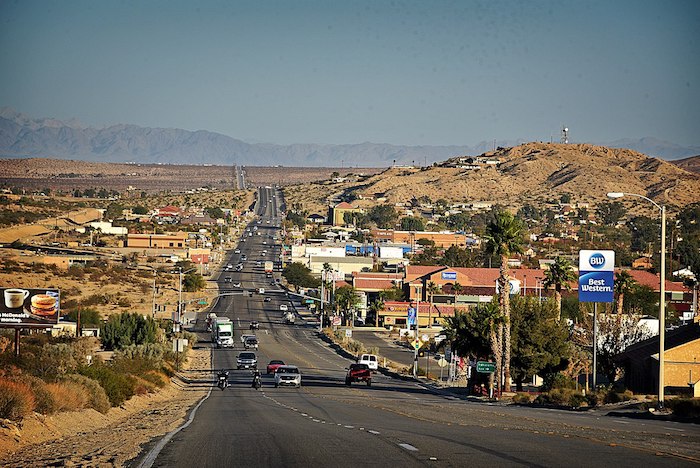 For more info about Twentynine Pines History and museums  contact 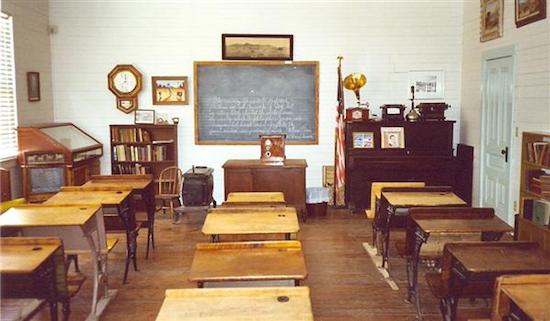